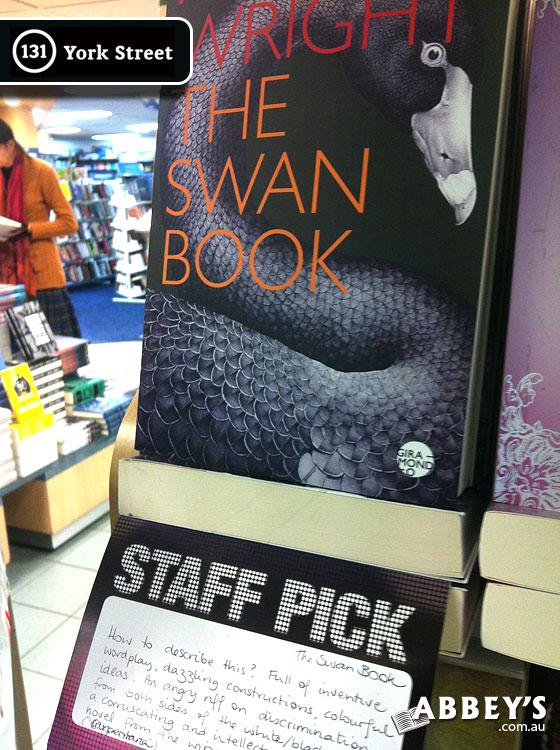 ABBEY'S BOOKSELLER PICK ----- How to describe this amazing, complicated and intellectually demanding novel? It is full of inventive wordplay, chorus-like mutterings from the wings of the main theatre, splintered and fragmentary narratives.

It is angry, and playful, and colourful. It is about discrimination – against and within refugees, indigenes, country-dwellers. The main character, Oblivia, does not speak, but the ghosts of (some of) her past do. The woman who saves her from the abuses of her childhood is a great storyteller, full of tales of swans from a different hemisphere.

Climate change has intensified the problems of society, but the land remains essential to a sense of identity. Politics is as useless to the ordinary person as it ever was, but hero-worship remains important to national pride. Cultural misappropriation is rife, but it isn't always the fault of the non-indigenous.

All these elements make for a coruscating story, a 'modernist' novel that takes some effort to get into, but which is well and truly worth the time.