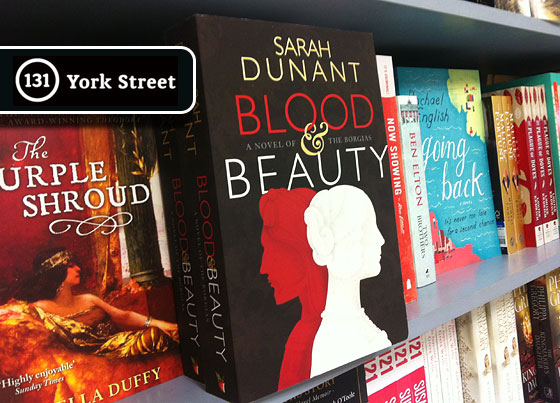 ABBEY'S BOOKSELLER PICK ----- If you enjoyed Hilary Mantel's account of Cromwell in the court of Henry VIII and need something to fill in the time until the third book in the trilogy, then I commend this novel as a fine alternative!

Told in an immediate and vivid style, this will do for the Borgias what Mantel has done for Cromwell: bring historical figures into colourful life. Rodrigo Borgia is a complicated man full of roaring life and passion, not to mention an insatiable appetite for power; a Spaniard in Rome who buys his way to the Papacy, holy in theory, but corrupt in practice. He uses his children as pawns in his ambition to create a dynasty, and lets nothing get in the way of his desires, either political or personal.

I became thoroughly immersed in the time and characters and it was such an enjoyable experience that I had trouble finding something new to read after having lived in renaissance Rome! Having read a bit of history I found the novel managed all those complicated alliances and cross-currents very smoothly and felt very 'true' when dealing with the Borgias themselves. The imagery was lush and almost touchable, but as I am an admirer of Dunant's writing I expect that of her, so I wasn't disappointed.

Like Mantel's interpretation of Cromwell, I find myself very much looking forward to the concluding novel. Even though I know what happens in historical accounts, I want to know how Dunant will tell their story, and having to wait a couple more years to find out seems unfair!