The Feast of Artemis by Anne Zouroudi ~ Abbey's Bookseller Pick 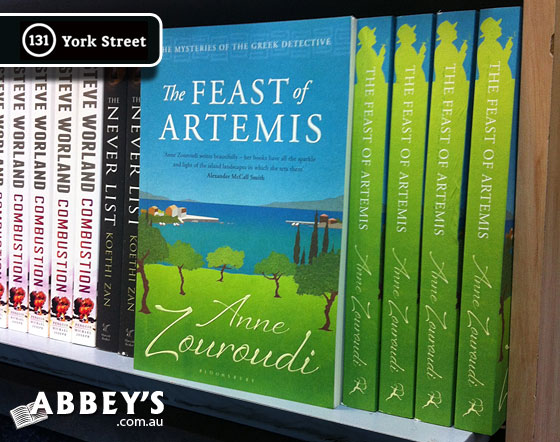 ABBEY'S BOOKSELLER PICK ----- I love this series! The Mysteries of the Greek Detective are a sparkling and entertaining lot of stories, all set in a modern-day Greece (but not contemporary – references to drachmas not euros, for instance). You don’t need to read them in any order, as they are self-contained with no reference to previous books.

Hermes Diaktoros works for the Higher Authorities rather than police, and is more interested in justice than law. This book is set in a small town at the time of its saint’s day celebrations, and Hermes, on his way elsewhere, finds himself detouring. He also discovers his half-brother Dino, an ageing hippy in appearance with a fondness for wine, women and story-telling (not to mention an inability to settle his debts!).

The two main families of the town are at loggerheads – one keeps traditional methods, the other is trying to embrace technology. When the young grandson of one family is burnt in a prank gone wrong and the patriarch of the other dies before his time, Hermes finds his special powers of observation and assistance are needed. Lots of descriptions of Greek food decorate the pages as an added incentive to read! Great fun!


The Feast of Artemis
Anne Zouroudi