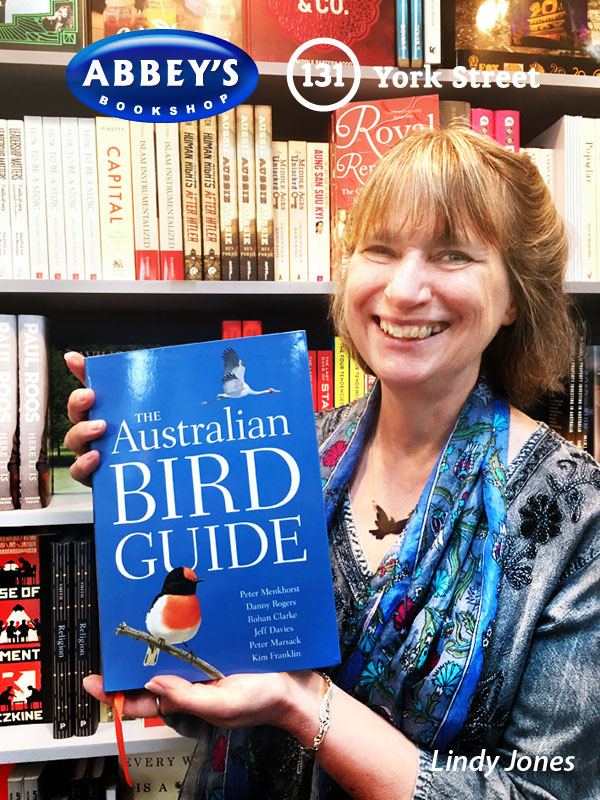 Lindy Jones: "At this time of the year I can barely count to five, but here are some of the books I enjoyed reading this year."

Of course, when nearly half my year is pretty much exclusively Miles Franklin Award submissions, and then half of the rest is for the Summer Catalogue, you must forgive me if I just have to revisit books I might have mentioned elsewhere!

Five Books You Should Have Read Because They Were MF Shortlisted. Or Won Other Awards! So Read them!


Extinctions
Josephine Wilson
The Winner of the Miles Franklin. And the Colin Roderick Award. And originally the Dorothy Hewitt. All mean something: a damn fine book!


The Last Days of Ava Langdon
Mark O'Flynn
This scored the Voss Literary Award. An evocative and lively portrait of an outsider.


An Isolated Incident
Emily Maguire
Shortlisted for other awards as well. Says a lot about modern society, media, women, crime, and in an involving storyline. 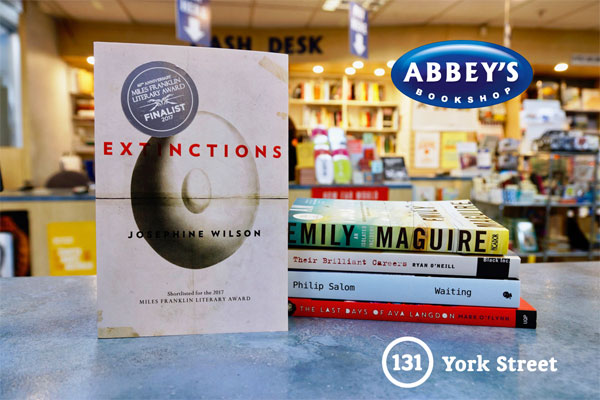 Five Other Novels Really Really Worth Reading. (Ok, there is SIX but the demand for Sarah Winman's Tin Man has been greater than supply!)


Reservoir 13
Jon McGregor
Not enough superlatives for this. Go with it, and be rewarded.


The Reservoir Tapes
Jon McGregor
And excitingly, McGregor wrote some supporting short stories, that add yet another dimension to this masterpiece.


The Rules of Magic
Alice Hoffman
Prequel to the wonderful Practical Magic. New York again, but in the 60s. And then if you haven't read the first, you've got another treat coming.


Tin Man
Sarah Winman
I'll go so far as to say this is my favourite book of the year.


S.T.A.G.S.
M A Bennett
Private schoolkids are evil. Very evil. And if you dare to overstep your caste or class, you're going to be taught a lesson. Scary, clever and engrossing.


Landscape with Invisible Hand
M T Anderson
Aliens are evil. Actually they are arch-capitalists, so that makes them very very evil. Is this a fable? or a clever tale about the impact of technology vs artistic endeavour? Or both?


Beautiful Mess
Clare Christian
Grief and mental illness make a mess of two teen misfits. At least they're not evil. And they do find their way through. Bittersweet and satisfying.


I Capture the Castle
Dodie Smith
Okay, it's not new. But it's a favourite, almost an Austen in terms of my rereading it. And there's nothing remotely evil at all about it. Just lovely writing with wonderful characters.


I Am, I Am, I Am
Maggie O'Farrell
You wouldn't believe how readable 17 personal brushes with death can be. But she is a very good novelist as well.


The Husband Hunters
Anne de Courcy
Anything by de Courcy is wonderfully vivid. This is about the trade in 19th century American heiresses to impoverished European nobility.


Tracker
Alexis Wright
The circular storytelling style was as fascinating as the subject, Tracker Tilmouth, himself.


The Harbour: A City's Heart, a Country's Soul
Scott Bevan
If this doesn't make you want to take up kayaking, nothing will!


Anaesthesia
Kate Cole-Adams
What is oblivion? What is consciousness? This lyrical book explores these questions, blending science and personal experience. Won the Waverley Library Award.

Five Assorted Non-Fiction Books with Pictures In Them. (Plus a Ring-in).


The House of Worth, 1858-1954: The Birth of Haute Couture
Chantal Trubert-Tollu
What the husband hunters wore. And characters in Downton Abbey or Edith Wharton novels. So, so beautiful - can I try one on, just once?


Reactions: An Illustrated Exploration of Elements, Molecules, and Change in the Universe
Theodore Gray
I don't do chemistry. But I do when it's Theodore Gray. (Or Sam Kean: Caesar's Last Breath. So enjoyable! and there are a few illustrations)


Mirror Sydney
Vanessa Berry
Look at the layers of Sydney with new eyes. Quirky and charming drawings throughout.


Painting by Numbers
David Mabberley
I would argue that Ferdinand Bauer is one of the geniuses of scientific illustration. So does this book!


Joseph Banks' Florilegium
Gooding, Mabberley, Studholme
Positively swoonworthy. And not many left in stock, but swoop, swoop upon this, or wait until the new year.

Five Books with Birds in the Title*


The Australian Bird Guide
Peter Menkhorst and lots of other talented people
So, you carry the Slaters in your pocket, and the Pizzey in your backpack, and the ABG in the car. But you NEED it, you REALLY do. You can't have too many guides…

which means you should have:


A Photographic Field Guide to the Birds of the Australian High Country
Neil Hermes
A photographic guide, distinguished by excellent in-the-field photos and great information.


Birds: What's in a Name
Peter Barry
A bit of light-hearted but educational fun. Names of a whole lot of birds from all around the world are explained.


Birdmania
Berndt Brunner
If there was a cure for this mania, the 'sufferers' would refuse it…


The Seabird's Cry: The Lives and Loves of Puffins, Gannets and Other Ocean Voyagers
Adam Nicolson
Puffins, gannets, guillemots and other northern seabirds. Poetic, moving and that beautiful blend of personal narrative and nature writing the English do so well.


Mozart's Starling
Lyanda Lynn Haupt
If Mozart could enjoy the companionship of a starling, then maybe this detested bird has merits afterall. The (American) author sees for herself.

Call of the Reed Warbler: A New Agriculture - A New Earth
Charles Massy
Haven't finished this yet, and yes it's not an ornithological tome, but it has a lot to say about farming sustainably, sensibly and for more than ourselves.

*(I lied. But I did say I was having trouble counting).