BOOK LAUNCH
Join us for a lively chat around the richness, history and humour of Australian English.
To mark the occasion of the publication of the second edition of the Australian National Dictionary, Lindy Jones will host a scintillating panel discussion at Abbey's Bookshop 131 York Street Sydney.

Lindy Jones is an Abbey's bookseller, a current member of the judging panel of the Miles Franklin Literary Award and Abbey's most prolific book reviewer!

Bruce Moore is the editor of this second edition and the former Director of the Australian National Dictionary Centre.

Dr Amanda Laugesen is the current Director of the Australian National Dictionary Centre.

Kel Richards is a radio broadcaster and author of The Story of Australian English - a man with a broad and deep interest in the Australian vernacular. 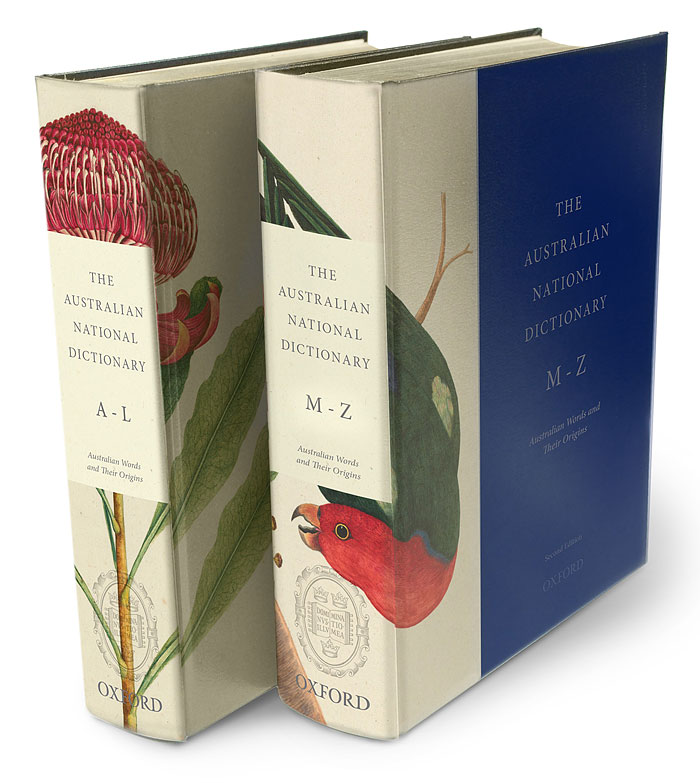 The Australian National Dictionary is a dictionary of Australianisms. The first edition of the dictionary was published in 1988 and contained around 10,000 headwords, compounds, idioms and derivatives. In this second edition the dictionary now contains over 16,000.

It includes words and meanings that have originated in Australia, that have a greater currency within Australia than elsewhere, or that have a special significance in Australian history. They include historical terms from the convict era, the gold rushes, farming, and the experience of war, colloquial terms, including rhyming slang and numerous lively and colourful idioms, regional terms from different states and territories terms from Aboriginal English, a major dialect of Australian English.

The Australian National Dictionary differs from general dictionaries in being based on historical principles, in the manner of the comprehensive Oxford English Dictionary.

The aim of this second edition is to chart the historical development of Australian words - the definitions begin with the oldest sense and move through to the most recent sense. As part of this history, it includes all obsolete words and all obsolete senses; because it is concerned with the complete history of a word, the historical dictionary places more emphasis on the etymology of a word than does the general dictionary.

There is detailed information on the origins of these Australian words, including comprehensive coverage of more than 550 words that have been borrowed from 100 Aboriginal languages. Quotations from books, newspapers, diaries, etc., show how words have been used over time. More than 123,000 quotations illustrate the entries.

The Australian National Dictionary is the only comprehensive, historically based record of the words and meanings that make up Australian English. It is a unique lexical map of Australian history and culture.

This beautifully produced edition is an absolutely wonderful enrichment to any Australian home filled with books and the love of reading. 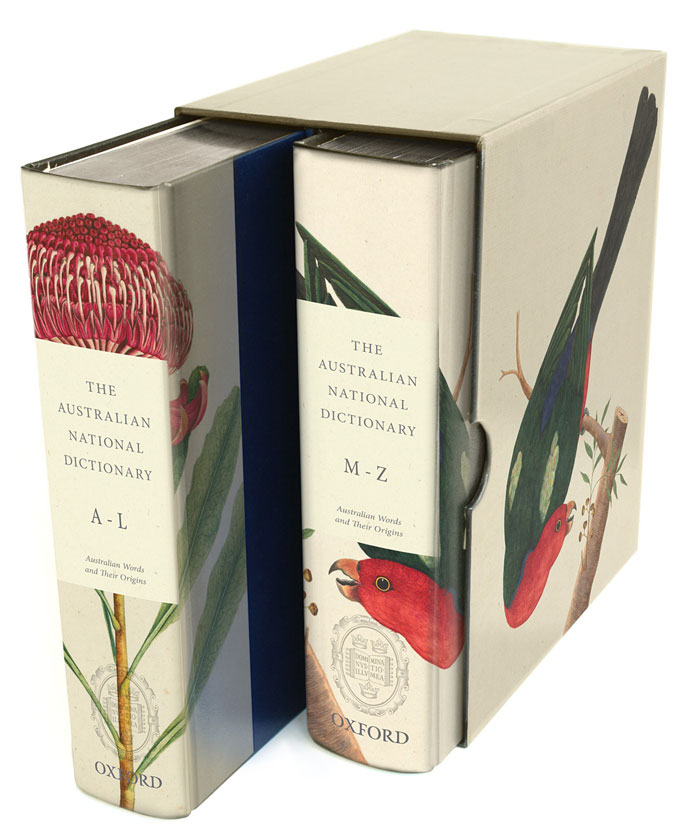 The Story of Australian English


Australian radio broadcaster Kel Richards has an ongoing fascination with the Australian vernacular, with books such as Kel Richards' Dictionary of Phrase and Fable and Kel Richards' Wordwatch and also with his children's books and in years past has had many chats about books on his radio shows with Eve Abbey.

In this book Kel Richards tells the story (with a lively narrative) of the birth, rise and triumphant progress of the colourful dingo lingo that we know today as Aussie English.

The English language arrived in Australia with the first motley bunch of European settlers on 26 January 1788. Today there is clearly a distinctive Australian regional dialect with its own place among the global family of 'Englishes'. How did this come about? Where did the distinctive pattern, accent, and verbal inventions that make up Aussie English come from? 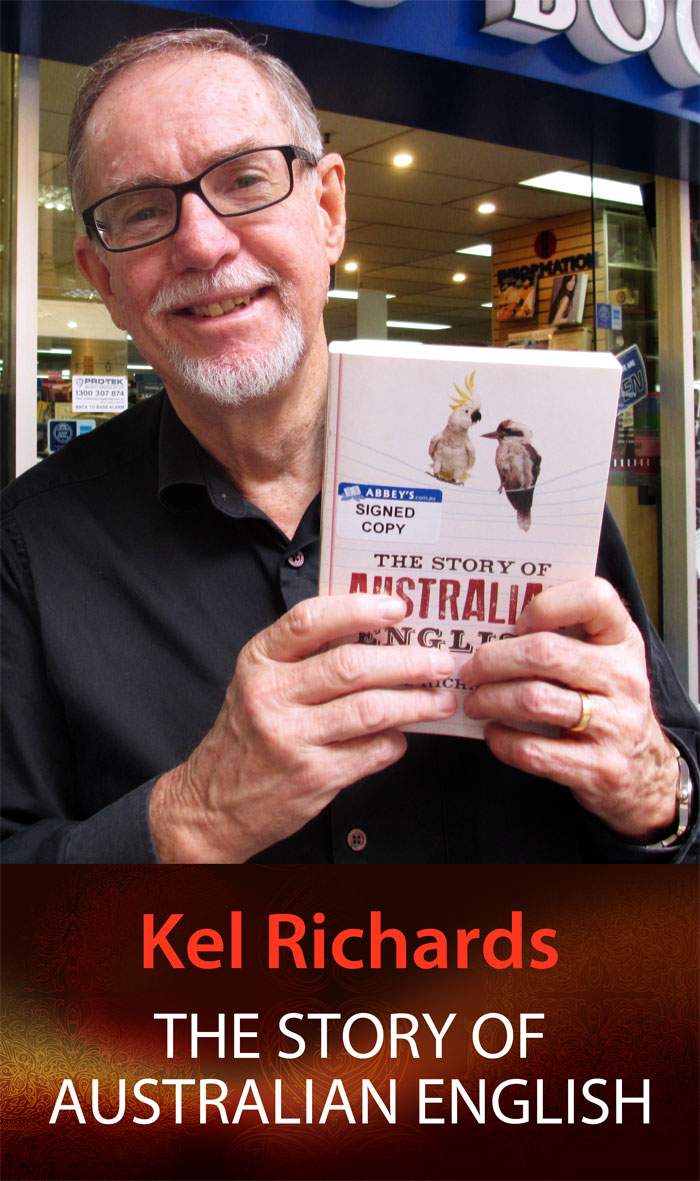