Just Arrived! For Keeps: A Treasury of Stories, Poems and Plays Celebrating 100 Years of the School Magazine

For Keeps has arrived.

For the last two years I have been attending regular committee meetings of the The School Magazine Centenary Reference Group.  It really opened my eyes to see what the valiant people who put out four levels of The School Magazine for ten months of each year go through to bring school children interesting, entertaining and (quietly) educational material. Putting together an anthology was a time-intensive labour of love, fraught with bureaucracy and careful steps through the minefield of departmental procedures, but what a triumph the final product is!

The School Magazine is the oldest continuous children's literary magazine in the world (and the second oldest magazine in Australia!) It has entertained, educated and enthralled children for a century and many adults have fond memories of anticipating each monthly issue when they were at school. (In fact, I know of some customers who still have their original copies!) Many of our best and brightest writers and illustrators got their start with the Magazine, and it still fosters emerging talent whilst attracting established contributors. Then there is Noela Young, the illustrator best known for bringing Ruth Park's Muddleheaded Wombat to life - she still contributes to the Magazine after more than half a century!

Today it is published in four age levels, ten times every year. To celebrate its centenary, this beautifully produced anthology presents a delectable selection of extracts from editions throughout its history - and as you can imagine, that's a century of delights to pick and choose from. Each entry has the year it appeared on the outer margin and comes with its original illustrations. They are arranged in themes (People, Play, Place) with historic photographs that are guaranteed to evoke nostalgia in older readers, this is both a fascinating resource and a trip down memory lane for adults, whilst still managing to reproduce articles and stories that children of today can appreciate. A truly fine book that indeed lives up to the name 'treasury'! 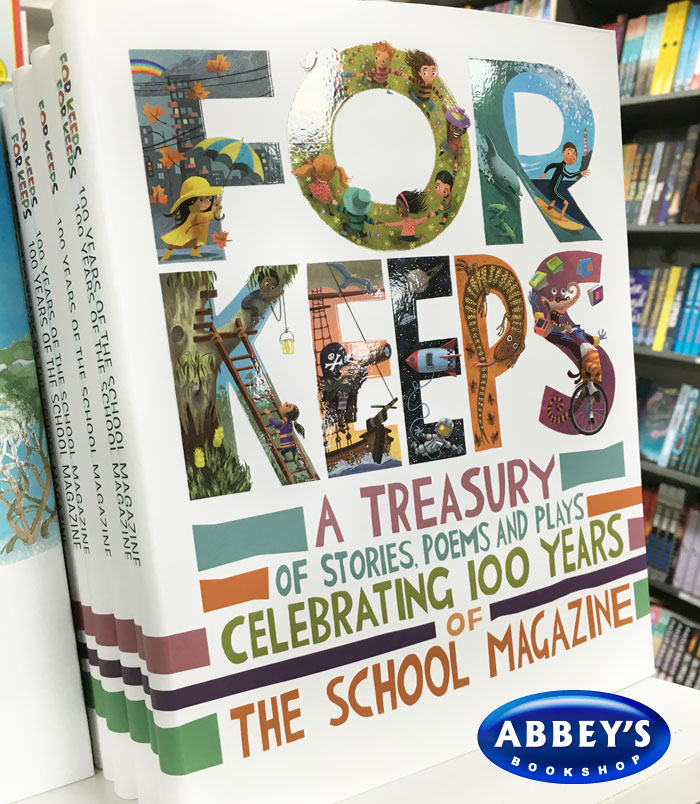 For Keeps: A Treasury of Stories, Poems and Plays Celebrating 100 Years of the School Magazine