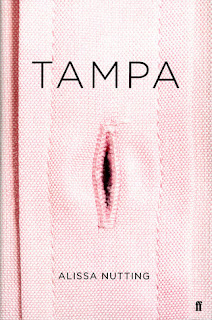 Meg says...
Psychopaths exist on all levels. You probably know one, you may not think they are a psychopath, but I bet you know one. The beauty about psychopaths is that they hide it well, very well. Some may hide it so well they have colleagues wrapped around their finger, partners content and friends oblivious. Imagine what you could do with this freedom?

Celeste Price is a perfect example of this psychopathic description and has known from a young age what she likes. This as a simple statement sounds like a woman ‘doing it for herself’. However (and this is why this book has been banned from certain bookshops and has been branded the most controversial book of the year) 26 year old Celeste Price likes having sex with young teenage boys. So much so that she has become a teacher to get close to the cream of the crop.

Before I go any further I would like to stress that the subject matter should in no way take away from the brilliant prose and the bleak feeling that emanates from this book of loneliness and self imposed isolation. I will get to the ‘controversy’ soon, but I want this first novel from Alyssa Nutting to be given the review it deserves without the clutter of ‘controversy’. Although the story left me a little empty, the journey of a character so selfish and determined to do whatever that void inside her demands in a very clever and ruthless way was an extremely satisfying one. Nutting’s descriptive language is an absolute joy to immerse yourself in, and although time seems to fly by in a chunky and sometimes cluttered way, you forgive the author as this is true to form for anyone in life narrating a large, important event.

I did not find this novel to be shocking or controversial at all. Perhaps my age and past reading has dulled me/prepared me. Yes, the book is full of sexual acts performed with a few young boys. Yes this is shocking and I do not under any circumstances condone this behaviour. Yes, Nutting has brilliantly created a psychopathic character that you wouldn’t want near your kids. But it is not so much the acts that should shock us, but the blatant ease that seems to come from our psychopath getting her way.

Perhaps a few may say it is shocking because it is a woman who likes young boys, or because a woman wrote it, or are we happy to read about violence and mind games and death, yet sex still is not ‘taboo’. If a man wrote this it would it be applauded and labeled ‘an excellent fantasy come to life’? I’m sure different people will see it differently and that is what I love about fiction.

Through all its veils of 'shock factor' publicity, this novel is ultimately about things that can break. A marriage, a rule, a plan. Dark, and funny, I think it’s a must for anyone who loves Brett Easton Ellis, Hitchcock films or anything that makes you raise that eyebrow.

Lindy says...
My colleague Meg is younger than me (I hate to admit I could be her mother's age!) I don't think I'm particularly shocked by topics, but I guess I am at a stage where I want more than deliberate courting of controversy. I want a moral depth, or an intellectual angle, or to be shown something I haven't thought of before, or at the very least a way with words and style. Perhaps now my response to books says more about me, than about the books.

Tampa was highly recommended to me a couple of months ago by people in the publishing house whose opinions I'm inclined to trust. I wasn't convinced by the opening scene that it was a book I wanted to spend much time with, but perhaps it needed a bit more reading before I threw it in the discard pile. Well, I admit to skimming some of the book, but I did read it through to the end. And felt a bit soiled by the experience - so maybe it was a marvellous piece of writing in that it had me reading through to the finish and responding quite definitely to the character. Maybe it meant the character of Celeste Price, no matter how repulsive, was extremely well conveyed. By the time she had groomed one pre-pubescent boy, seduced his father so she had more reasons to access his son, lied to every person in her life except her own self-satisfied (sometimes literally) character, facilitated and allowed a death, discarded her original target for another dewy but more worldly boy, and then been discovered, charged and released - well I was repulsed. Celeste is an undeveloped character who will never develop, and can't. She is forever stuck in her unsavoury unpleasantness. She is unredeemable, and unredeemed - not that she cares. And nor could I.

But I wouldn't censor the book. It wasn't something I enjoyed in any way, but others might get something from it where I couldn't. In the end, that's what books and reading are about: your own personal response.