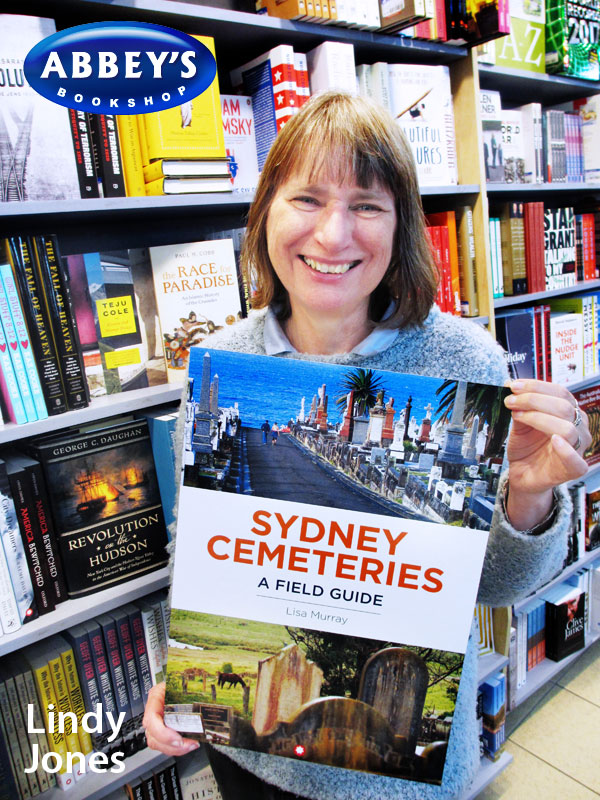 December already?!! Whatever happened to the other months that were supposed to separate last year from this!

Even subtracting the four months I spent solidly reading for the Miles Franklin Award (and yes, the winner, Black Rock White City by A S Patric, I thoroughly recommend, as I would any of the short-listed titles) it seems far too soon to be contemplating end-of-year lists - but here goes!

And remember - you can always sit down with a cuppa and look through our Summer Reading Catalogue. 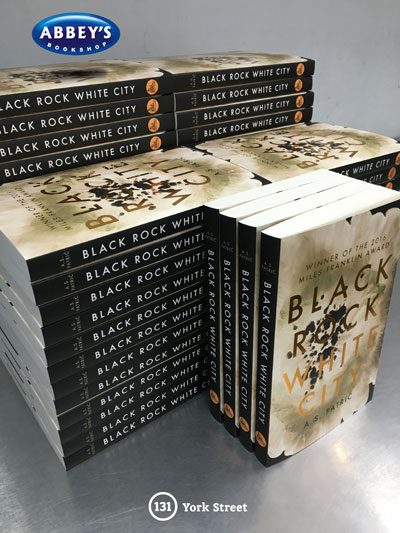 Five Books with Pictures for Children You Read To.

A Hungry Lion (and a Dwindling Assortment of Animals)
Lucy Ruth Cummins
A surprise ending and a surprise middle and such a LOT of fun to read out loud!


Circle
Jeannie Baker
The best book for young naturalists about migratory birds' flyways. These pictures are definitely worth more than a thousand words.


They All Saw a Cat
Brendan Wenzel
They did indeed - but does a child see a cat the same way a flea does? Or a dog or a bee or a mouse or a bird? A clever book about perception.


Summer
June Factor & Alison Lester
First published in 1987, this sweet little book is a celebration of a special summer’s day.

Five Books with Pictures for Children who can read for themselves.


The Song from Somewhere Else
A F Harrold
A bullied girl. A boy who has a secret. Troll music and a shadow-munching cat. And more atmospheric illustrations by Levi Pinfold.


Artie and the Grime Wave
Richard Roxburgh
Yes, the talented actor wrote it. He also drew the pictures. And you know what? It's a funny story too.


The Unforgettable What's His Name
Paul Jennings
The well-known author writing the sort of story that gained him legendary status, teamed with Craig Smith's humorous drawings. 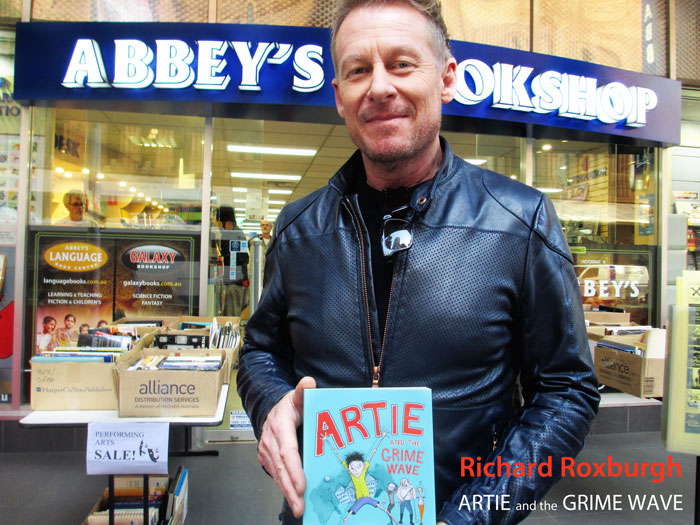 Five Children's Books with Pictures to Give to Friends who Can Read For Themselves (because picture books shouldn't be exclusively for littlies).


For Keeps: A Treasury of Stories Poems & Plays Celebrating 100 Years of the School Magazine
A beautifully produced collection, which just goes to show how lucky generations of school kids, teachers, writers and illustrators are, to have had access to this magazine.


Molly & Mae
Danny Parker
Gloriously expressive illustrations by Freya Blackwood. A train journey or a metaphor for life and friendship or just a beautiful experience.


Somewhere Else
Guy Gordon
Sometimes you only pretend you aren't interested, sometimes there's a reason. A true friend persists in finding out, and helping. Clever mixed-media artwork.


Penguin Problems
Jory John & Lane Smith
You think you have problems? Try being a penguin… particularly when interfering walruses give opinions! Try keeping a straight face reading this!

Five Books for adults with pictures that add to the enjoyment of reading.


Bee Friendly Garden
Doug Purdie
When my garden consists of more than a dozen pots along the landing, this will be my bible. But even now, it is extremely useful. And beautifully photographed.


Samarkand: Recipes and Stories fro Central Asia and the Caucasus
Caroline Eden & Eleanor Ford
I bought this for a friend but she’s not getting it! Onion Flatbread, Melting Potatoes with Dill, Sour Tomato Sauce, Shah’s Crown, Plov …and beguiling photos from the region make me want to go there. Now.


London in Fragments
Ted Sandling
Okay, I don’t know anyone else who gets the same pleasure in gathering up odd bits and pieces, but this man does! And he understands their history! I want to go mudlarking on the Thames. Now!


Sydney’s Martin Place
Judith O’Callaghan, Paul Hogben, Robert Freestone
Interesting chapters cover all aspects historical, cultural and design-oriented, but it is the stunning photographs that draw you in.


Remarkable Birds
Mark Avery
You didn’t think I wouldn’t include a bird book now would you?! A fabulous compendium with exquisite ornithological illustrations and engaging essays on different birds around the world.

Six Books that don't need pictures because the words are vivid enough!


Dirty Dust
Mairtin O’Cadhain
A rollicking romp entirely in colourful dialogue – and the characters are all dead and buried! Considered the greatest Irish-language novel of the 20th century, only recently translated into English.


Commonwealth
Ann Patchett
What happens when a bottle of gin is taken to a christening party? Wonderful characters, an interesting structure and a totally satisfying read.


Today Will Be Different
Maria Semple
Takes place over a single day, but what a day! Clever, observant, witty, poignant, fabulous!


Himself
Jess Kidd
A truly intriguing structure revealing in tantalising fragments the story of a girl’s disappearance, a young man’s quest and the eccentric characters in a scenic Irish village.


Tell the Truth Shame the Devil
Melina Marchetta
'Pick it up, can’t put it down' stuff. A sidelined policeman, a bomb attack on a bus full of students including his daughter, a link to a notorious terrorist attack of the past… a great blend.

Five Books that don't need pictures (because the words are everything!)


The Hate Race
Maxine Beneba Clarke
A poet’s sensibility, a young girl’s cry of pain, a woman’s search for strength. And a thoughtful examination of prejudice.


Talking to My Country
Stan Grant
Passionate, personal, powerful. Thoughtful, thought-provoking. Essential reading. If there aren’t answers yet, then we should still keep asking the questions until there are.