All Your Friends LIKE This ~ How social networks took over news


Two journos and a geek walk into a bookshop. "What's news?" says the bookseller...

If you need to generate interest in your business, your products or services, or your organisation's ideas, then this is a book you need to read. 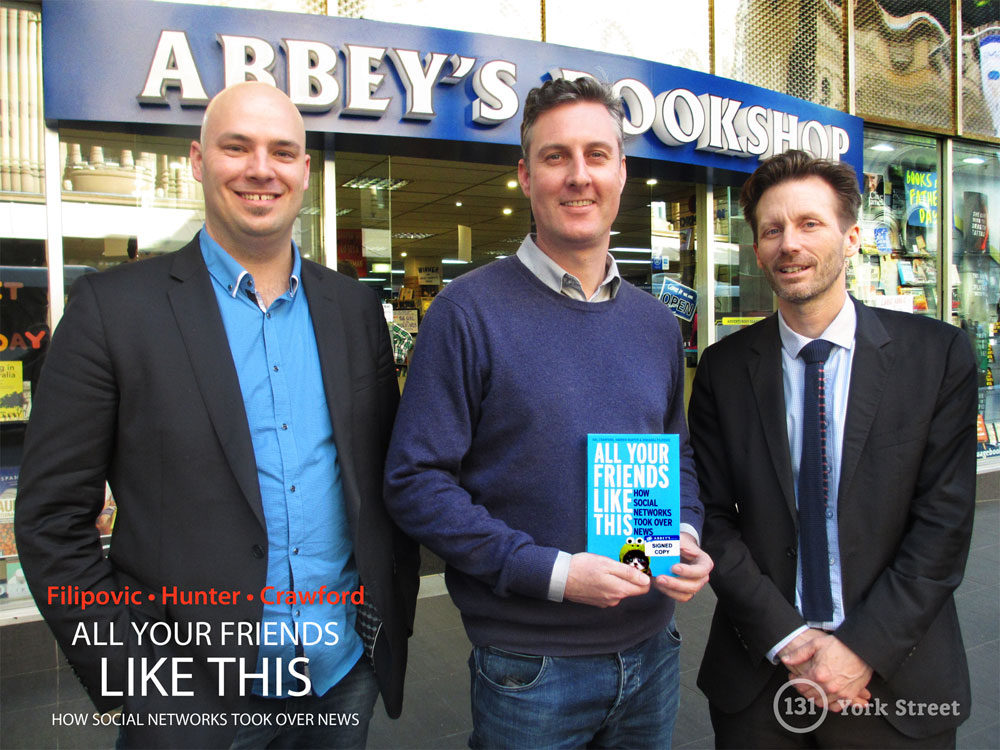 "But isn't it a book about digital news media?" I hear you ask.

Only on the surface, I reply. That's because the trio of authors came from a news media background. The book however is really for anyone involved in the dispersal of ideas - something which I'm doing right now because I work at Abbey's ~ where ideas grow.

As I write this post, the big news about print news media are the significant lay-offs of journalists across Fairfax's regional printed newspapers. This is because social networks like Facebook and Twitter are becoming the primary delivery channel for news. While older print news outlets are struggling (although targeted niche titles like The Saturday Paper have emerged) the news still happens and newer online media outlets like Buzzfeed and Junkee have drawn the eyeballs.

So what sort of news is being shared? What makes something shareable?

This question captured the attention of the authors of All Your Friends Like This - two journos and a tech-head: Hal Crawford, Andrew Hunter and Domagoj Filipovic, all three having worked at nineMSN at some point. The three decided to build a tracking tool. A web-scraper to gather data from the media website articles, Facebook and Twitter. Filipovic did his thing and The Likeable Engine was born.

Speaking in an interview with Richard Aedy on RN, Filipovic said "When media companies decided to put the LIKE button on all their articles they kind of lost control of the metrics and these things are now publicly available and there for everyone to see". The collation and analysing of this sharing data has given rise to a new industry. "There are companies making complete businesses out of this sort of stuff."

Expanding on how eye-opening the data can be Crawford said "As the information on your audience becomes exposed and you see what your audience is actually doing, everything changes."


In the book they expound their ideas around the four qualities they've determined makes something shareable. To help us keep this in mind, they developed this memorable acronym:


SIMPLE
The story needs to be something that people understand straight away.

EMOTIONAL
Something that tugs at the heart-strings or makes you go Wow!

NEW
What works best is the unexpected or the tried 'n' true formula of The Reverse: an example is the classic headline 'Man bites dog!'

TRIGGERED
If something is before you all the time, it will come to mind more often and then is more likely to be shared. Examples are weather and public transport - things that affect a wide range of people, so they relate more readily to shared articles on the topic.


Once something with a strong blend of the above qualities catches your eye, what is your reason for sharing it?

NEWS-MAKING - this is the traditional idea that 'newshounds' have. It's newsworthy, so share it.

INSPIRING - this is more what we tend to think drives sharing - the sharing of inspirational stories.

TEAMING - But this - THIS - is the heart and soul of it. Most of our sharing is really about us saying something about who we are, what we believe and what we want to be identified with. This involves an aspect of judgement - we approve or disapprove.

I would also call this last aspect TRIBING because the motivations behind this kind of sharing run deep to our core personality - a mindset that we retain throughout our lives. Our sharing is often to seek out or reinforce links with similar-minded members of our tribe. 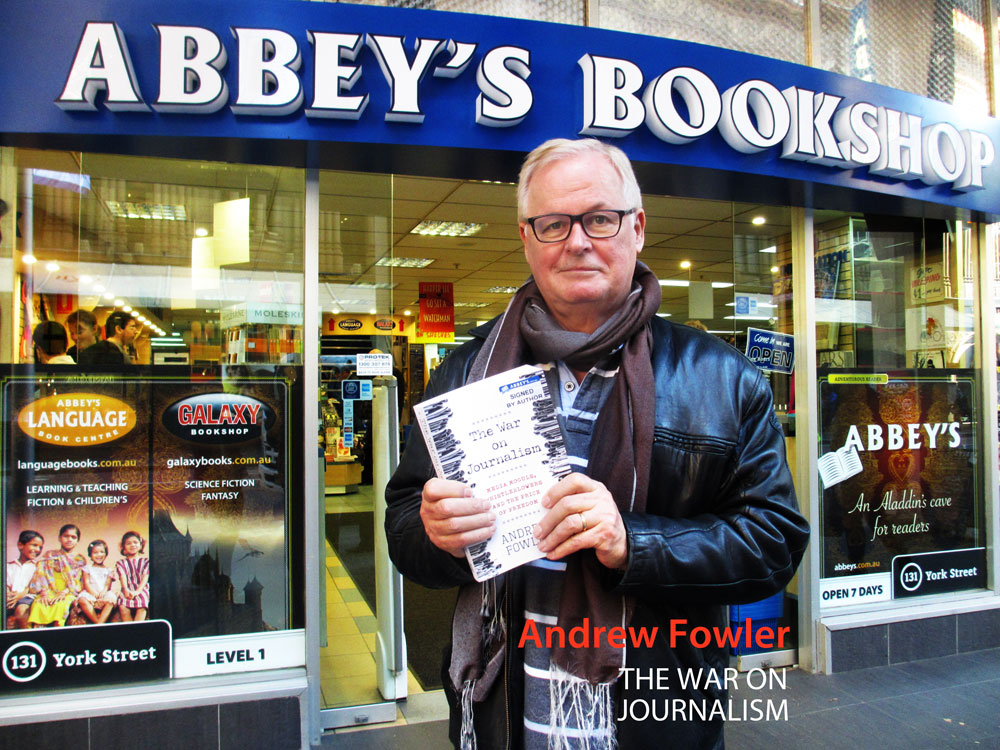 The War on Journalism: Media Moguls, Whistleblowers and the Price of Freedom
Andrew Fowler explores how traditional media has struggled to make the transition from print to online.

Contagious: How to Build Word of Mouth in the Digital Age
Jonah Berger

Made to Stick: Why Some Ideas Take Hold and Others Come Unstuck
Dan Heath & Chip Heath

The Information: A History, a Theory, a Flood
James Gleick

Winning the Story Wars: Why Those Who Tell (and Live) the Best Stories Will Rule the Future
Jonah Sachs

Words Onscreen: The Fate of Reading in a Digital World
Naomi S. Baron


And now for something different...

Craig - Tribing is a very good alternative to Teaming. You've nailed the essence of the book in this post. Thanks, Andrew Hunter.