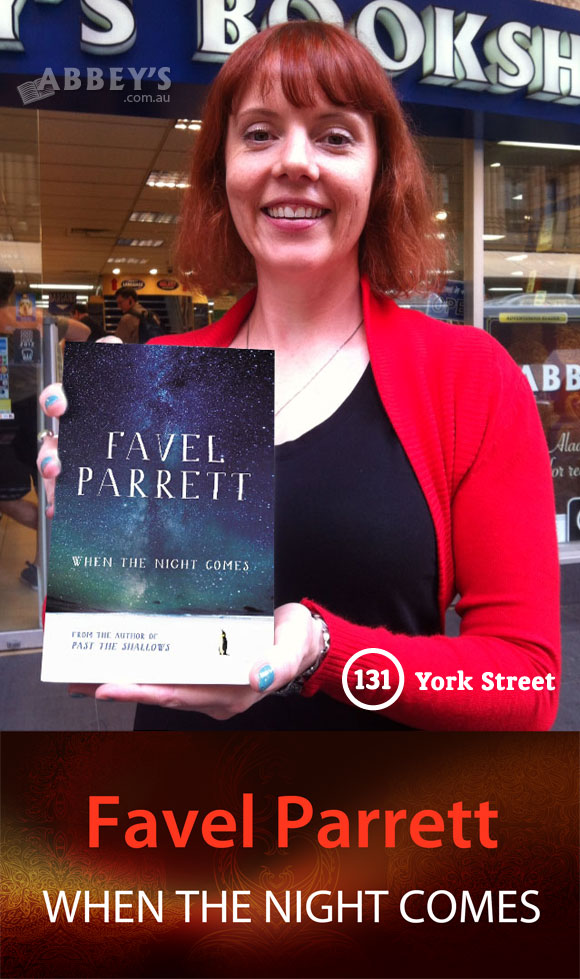 When the Night Comes
Favel Parrett

ABBEY'S CHOICE SEPTEMBER 2014 ----- Set in the 1980s in Hobart and on the southern oceans, this finely crafted novel is as deceptively simple as Parrett's first, award-winning Past the Shallows.

Isla and her brother have been taken to Hobart by their mother who is escaping an unhappy marriage. It is a grey sort of life for all of them, until her mother befriends some Danish sailors who are crew on the Nella Dan which supplies the Australian Antarctic bases under contract. One sailor in particular, Bo, brings a different way of seeing the world to Isla, and for a few weeks each summer, his kindness and quiet practicality brighten her life.

The chapters are interspersed with Bo's point-of-view as he works as a steward on the Nella Dan (a ship that engenders strong ties and affection in all who serve on her) and these sections are highly evocative of shipboard life and the wonders of the icy south. This is a quiet and reflective novel, pared down but beautifully formed. It is a story of small actions that generate great significance, of the helplessness of children who can only work things out in an incomplete manner, and of how adults bumble their way through life, not having all the answers themselves. 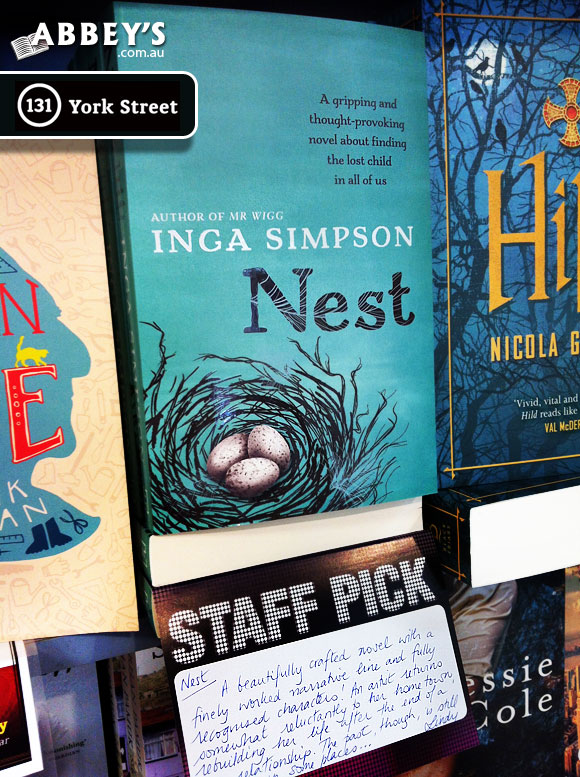 ABBEY'S CHOICE AUGUST 2014 ----- From the author of Mr Wigg comes this beautifully crafted novel of an artist re-finding her purpose and place in life. Jen is licking her wounds after the dissolution of her long term relationship with a man she has never gotten over, nor seems to want to recover from, and her mother’s death has given her the chance to buy a house and piece of bush near her childhood town. Jen left many years ago, but having nowhere else to go, has returned in order to resume her painting and her life. She tutors a promising young boy, Henry, works on her house and block, and observes the birds around her.

When a young girl who is Henry’s close friend goes missing, Jen’s past rears up to confront her, because when she was Henry’s age, her best friend went missing, never to be seen again. And so too, did her father, at the same time – and the town has never been convinced of his innocence. When the town starts remembering, Jen has to accept that her life will change yet again... An outstanding novel with a finely worked narrative line and fully realised characters. 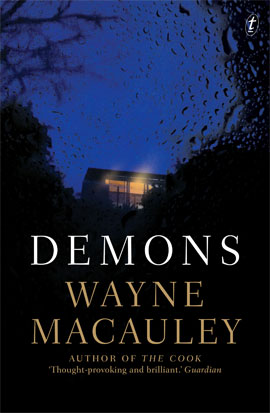 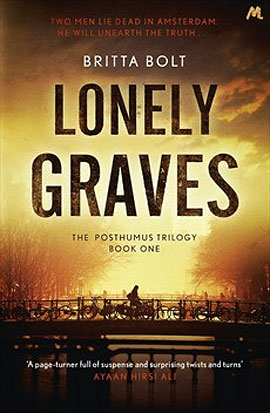 Seven old friends decide to spend the weekend in a house perched above the Great Ocean Road. It is to be a total escape from the pressures of their various professional and domestic situations, with good food, good wine and stories. No papers, no television, no mobile phones or computers and no children - it should be a restorative break from modern life. Waiting for the last couple to arrive, they decide to take turns telling stories - true or invented? - as the weather starts to close in.

When Marshall does finally turn up, it's not with his wife but with his daughter, and the dynamics of the group shift into uncertainty - and recriminations. And the stories being told are less innocent, and when the house is cut off by a huge storm, their old friendships are called into question…

A sly social commentary, a thoughtful examination of tale-telling and its forms, and a cleverly constructed novel with unexpected flashes of cutting humour.

I don't usually read a lot of crime novels, and the ones I do should provide me with interesting characterisations and situations rather than gory details! This one is set in Amsterdam, and the main character, Pieter Posthumus, works for the Department of Emergencies and Internment in the section known as the Lonely Funeral team. They provide dignified funerals for the unclaimed, anonymous and forgotten.

When one of the bodies belongs to a Moroccan immigrant, Posthumus feels there is something that needs explaining about the situation, and he starts to look for clues. Meanwhile, an elite police squad is hunting for terrorists but one of the detectives starts to suspect all is not above board in their investigation…

Twists and turns, and a portrait of contemporary Dutch life to boot! 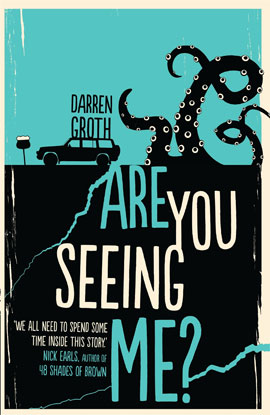 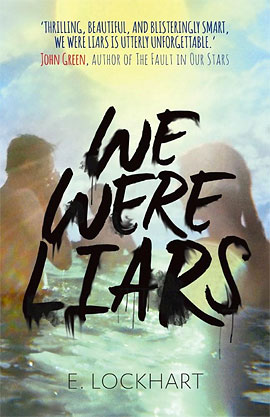 Are You Seeing Me?
Darren Groth

Justine and Perry are twins. Their Dad died just before their 18th birthday, their Mum is long gone, and Justine has deferred university (and her slightly overbearing-in-a-nice-way boyfriend) to take care of Perry, who has a brain condition that causes him to react differently to situations he finds stressful. The two of them are off on an overseas holiday care of insurance, and Justine wants it to be memorable for Perry, as he is moving into assisted accommodation when they return to Australia. And it will be, if not for all the reasons she thought before the trip started…

Told in alternating voices of both Justine and Perry, this is a sensitively told story of what matters most, whatever your age or however others see you. Ages 14+

We Were Liars
E. Lockhart

Cadence Sinclair is the eldest granddaughter of a patrician old-money family. Each summer they holiday on their private island off Marthas Vineyard - grandparents, aunts and cousins. The aunts are all vying for favour from their bigoted father, the littles and the golden retrievers are tolerated with amusement, and the older grandchildren - Cady, Mirren and Johnny form their own clique. Gat is an addition to their circle, a brown-skinned politically aware boy who Cady falls deeply in love with from the very beginning.

But something unspeakably horrible happened to Cady on the island of her fifteenth summer - and no-one speaks of it. She is continually plagued by debilitating headaches, has missed a lot of school and her cousins don't return her emails.

After missing one summer on the island, she returns the next, only to find there is a lot more she hasn't been told about - her grandfather's senility, her aunts' deterioration, her cousins refusing to stay in their allocated family homes. Spiky and energetic writing carries along a clever, gripping and twisty story. 14+ 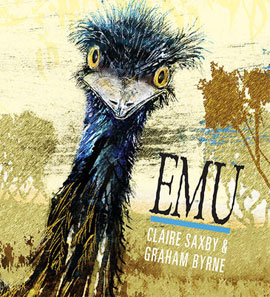 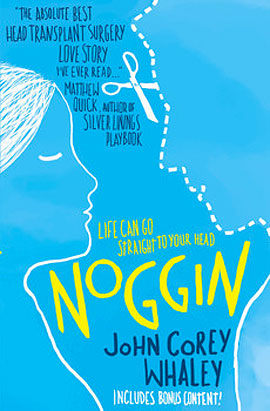 Following on from their successful book Big Red Kangaroo, the creators turn to the other symbol on our coat-of-arms. A father emu gathers up a clutch of blue-green eggs, and incubates his brood. Non-fiction blended with a simple story and accurate and artistically rendered illustrations, so that young readers learn interesting facts wrapped up in the narrative.

Travis has woken up after what feels like a nap to him. He had terminal leukemia and volunteered to undergo a procedure where his head was cryogenically preserved until the time a suitable donor body could be found. At the time of his death, he thought that would be a long time in the future, but it turns out to be only five years - just long enough for people to have come to terms with losing him and picking up the pieces of their lives. Including his girlfriend Cate and best friend Kyle.

It's hard enough dealing with adolescence but dealing with the fact your birth certificate says you're 21 when you're still 16 and the people you relied on have grown up and you haven't, let alone the associated publicity that comes from being grafted onto someone else's body and considered a miracle - well Travis has a lot of catching up to do. And it won't be easy…

This was brilliant! A fascinating concept handled deftly, with a lot of interesting questions and thought-provoking scenarios, but also with humour and insight. Ages 13+ 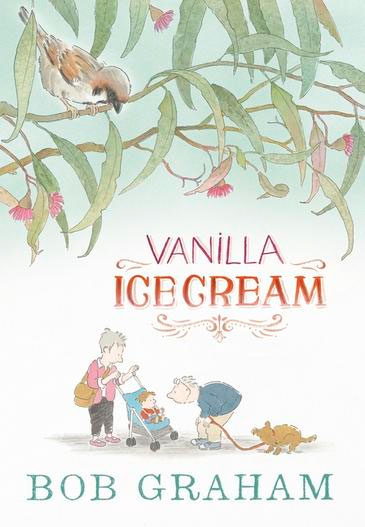 Somewhere in an Asian country, a young sparrow flits about finding food where he can. One day he discovers a sack of grain, and before he knows it, he is transported by truck and ship to a strange land, where he eventually finds a new home. Then he comes into contact with Elsie, who is in a stroller pushed by her loving grandparents, and by chance and the actions of a dog, Elsie discovers one of the greatest pleasures in life…

As always with Bob Graham's books, this one has a quiet message and delicately expressive illustrations that capture both the freedom of the bird and the wonderment of the child.

Another beautiful book, sweet without sentimentality, that will appeal to anyone who loves picture books!