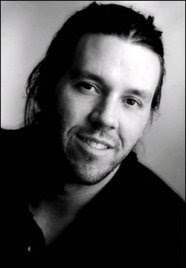 Last week I was deeply saddened to hear the news of the death of the American novelist, David Foster Wallace. Best known for his darkly hilarious tome, Infinite Jest, Wallace was one of the shinning lights of American literature. According to Jonathan Franzen “He was a huge talent, our strongest rhetorical writer”.
Wallace was not just committed to fiction, he could write probing essays on tennis, the American political system, pornography and even mathematics. His book Everything and More was praised by New Scientist as one of the few books on mathematics that can have you laughing out loud. Although many compared him to Thomas Pynchon, I always saw him as the rightful successor to William Gaddis. He would look at the most painful of topics and have you laughing but between each giggle there was a brief moment of contemplation and unease. Wallace died on September 12, 2008, at the age of 46. He leaves behind a body of work that demands to be revisited again and again. Greg
Posted by Abbey's Bookshop at 10:18